Chat with us, powered by LiveChat Home 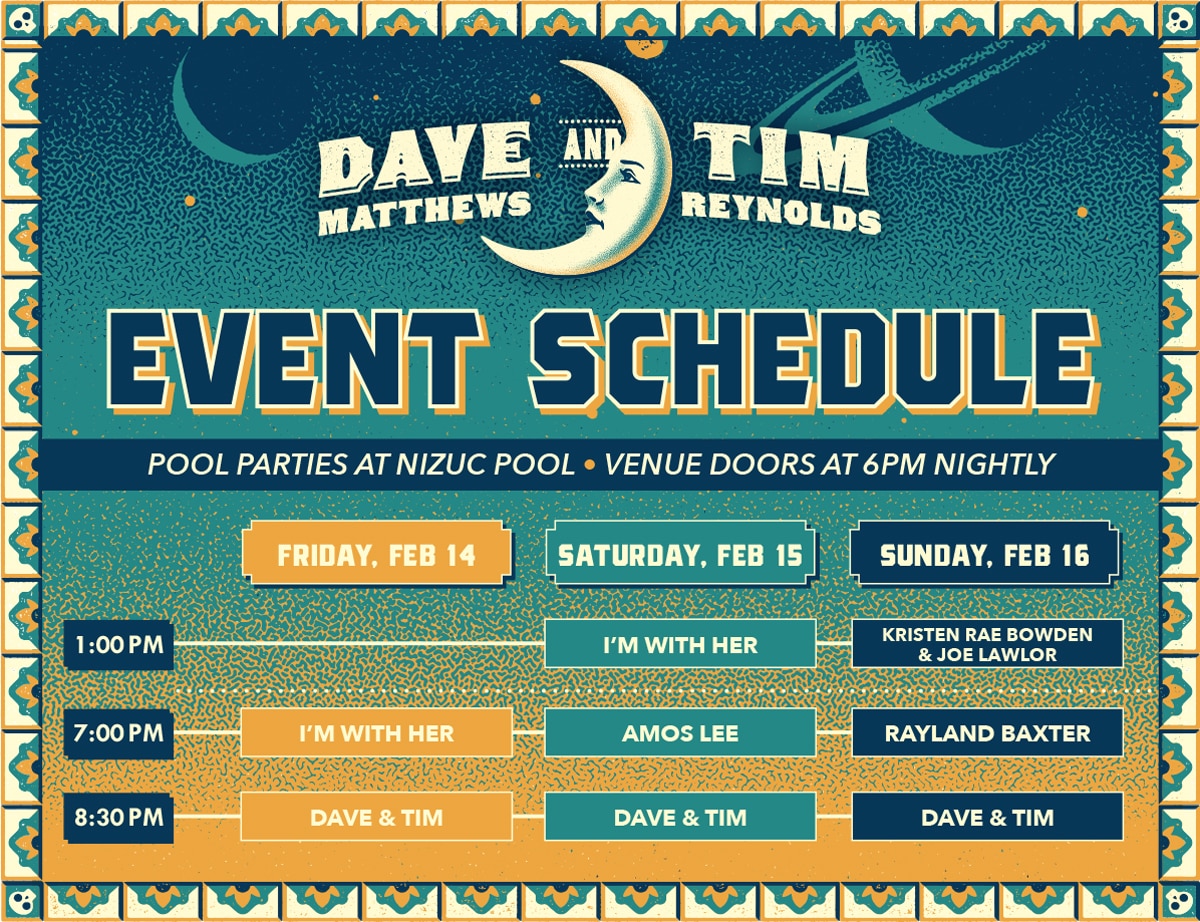 Dave and Tim met more than 25 years ago in Charlottesville, VA and have been collaborating ever since. Their rare performances as an acoustic duo allow fans to experience their special chemistry up-close, as they strip down each song to its essence and tell stories. The duo have released three live double-CDs together: 1999’s multi-Platinum Live At Luther College, Live At Radio City (2007) and Live In Las Vegas, which debuted at No. 1 on Billboard’s Top Modern Rock/Alternative Albums and Top Rock Albums charts in 2010. In June 2018, their new Dave Matthews Band album, Come Tomorrow, debuted at No. 1 on Billboard’s Top 200 chart. 2020 marks their fourth year performing on the beach in Mexico.

Sign up below to stay in the know on all things Dave & Tim Riviera Maya, all year round.